When you think of Andrew Young, you mostly think of a young man standing in the background with Dr. Martin Luther King Jr. or maybe you think of the Ambassodor who spoke eloquently at every turn.  This native of New Orleans has walked thru history quietly yet loudly. 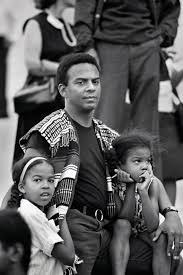 Andrew Jackson Young Jr is an American politician, diplomat, and activist.  He began his career as a pastor and was an early leader in the Civil Rights Movement.  In 1960 he joined the Southern Christian Leadership Conference and in 1964 started serving as executive director of the Southern Christian Leadership Conference (SCLC)  and a close confidant to Dr. Martin Luther King Jr.  Young of course was with King when he was assassinated in 1968. The Rev. Martin Luther King turns to answer a question from his seat in Geneva, May 28, 1967, as delegate to “Pacem In Terris II” unofficial conference on problems of peace, convoked by U.S. Center for the Study of Democratic Institutions. At left is his aide, Andrew Young of Atlanta, Georgia. (AP Photo)

Dr. Young would  later become active in politics, serving first as a U.S. Congressman from Georgia and then as the US Ambassador to the United Nations, and finally Mayor of Atlanta. Since leaving political office, Young has founded or served in a large number of organizations working on issues of public policy and political lobbying.