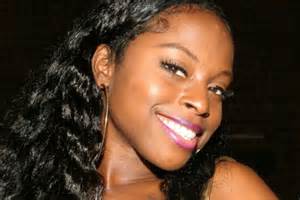 Today rapper, model and actress, Inga DeCarlo Fung Marchand, AKA Foxy Brown celebrates her 37th birthday. Born in New York City in 1978, Brown is best known for her solo and collaborative projects with the hip hop group, The Firm. The singer’s albums include “Ill Na Na,” Chyna Doll and “Broken Silence” as well as the album “Black Roses,” with Def Jam Records. The entrepreneur, who founded Black Rose Entertainment has made guest appearances with several musicians, including Jay-Z, Kanye West, Mos Def, The Neptunes and the late vocalist, Luther Vandross.

“I devoted my career to building an affinity with my fans who have supported me unflinching. My purpose is far greater than my pain.”